Tank presents a comprehensive account of the world-wide evolution of armoured vehicles from their inception a century ago to the present day, starting with a detailed reappraisal of the development of tanks and how they evolved during World War I. By the end of that conflict tanks had gained considerable importance. However, this was not sustained in its immediate aftermath and a revival only began when the British Army started in to experiment in the 1920s with a more mobile use of tanks. The subsequent rise of the importance of armoured vehicles was accompanied by and was partly due to the advances in their design and performance achieved in Europe and America before World War II. The enhanced capabilities that tanks consequently acquired enabled them to become the core of combined-arms, mechanized formations. Professor Ogorkiewicz has worked in the field of armoured vehicle development since the 1970s, and this is a serious, analytical study on the history of tank development and armoured warfare. About the Author From 1972 to 2006 Professor Richard Ogorkiewicz was an independent member of several boards and committees of the Defence Scientific Advisory Council of the Ministry of Defence. Since 1979 he has been lecturing on armoured vehicles to Army Command and Staff at the Royal Military College of Science, now part of the Defence Academy of the United Kingdom, and since 1988 has been a Visiting Professor there. He is the author of three books on armoured vehicles. Since 1988 he has been consulting editor of IHS International Defence Review, contributing to it numerous articles on armoured vehicles, and since 1993 has also been a trustee of the national Tank Museum at Bovington. 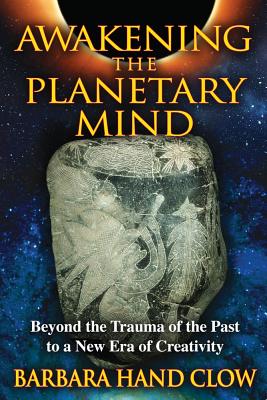 Awakening the Planetary Mind: Beyond the Trauma of the Past to a New Era of Creativity