Through the lives of three different women - grandmother, mother and daughter - this book tells the story of 20th-century China. At times scarcely credible in the details it reveals of the suffering of millions of ordinary Chinese people, it is an unforgettable record of tyranny, hope and ultimate survival under conditions of extreme harshness. In 1924, at the age of 15, the author's grandmother became the concubine of a powerful warlord, whom she was seldom to see during the ten years of their "marriage". Her daughter, born in 1931, experienced the horrors of Japanese occupation in Manchuria as a schoolgirl, and after their surrender joined the Communist-led underground fighting Chiang Kai-Shek's Kuomintang. She rose to be a senior Communist official, but was imprisoned three times. Her husband, also a high official and one of the very first to join the Communists, was relentlessly persecuted, imprisoned and finally sent to a labour camp where, physically broken and disillusioned, he lost his sanity. The author herself grew up during the Cultural Revolution, at the time of the personality cult of Mao and the worst excesses of the Gang of Four. She joined the Red Guard but after Mao's death she was to become one of the first Chinese students to study abroad. 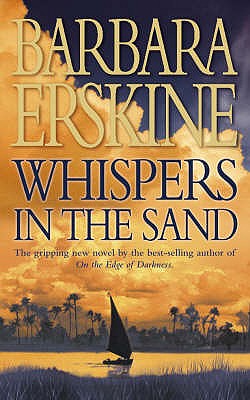 Whispers in the Sand [used book]